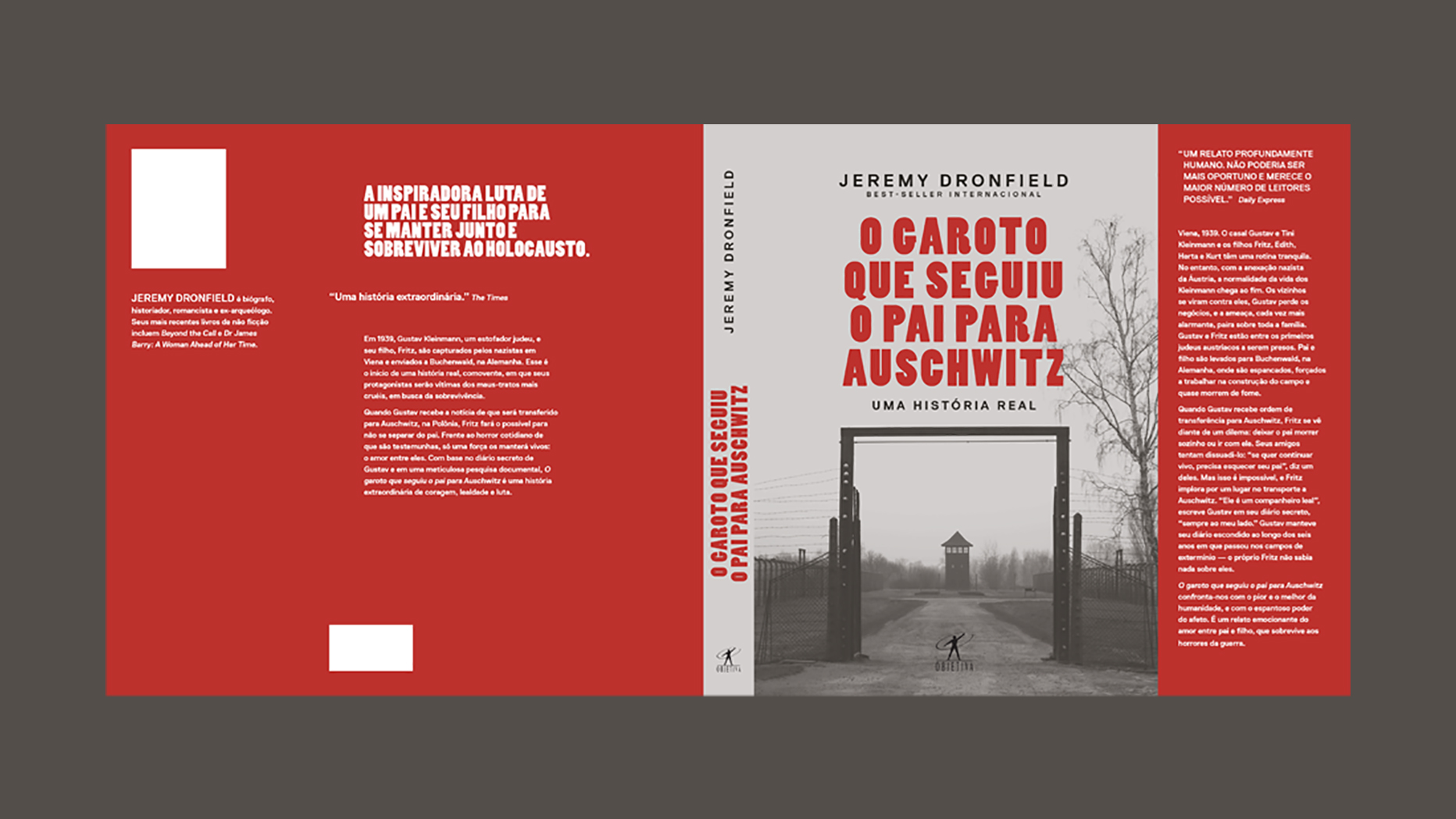 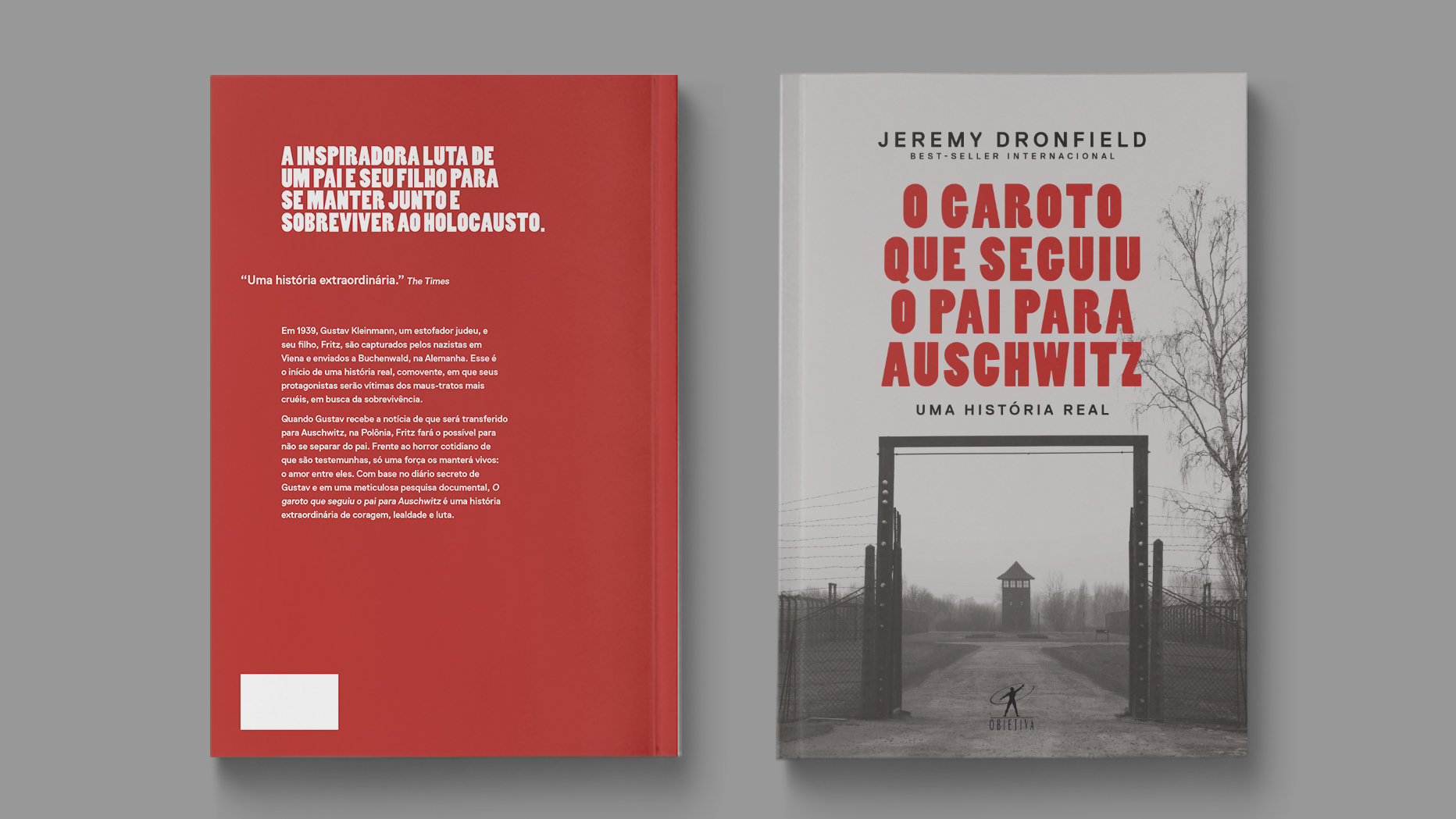 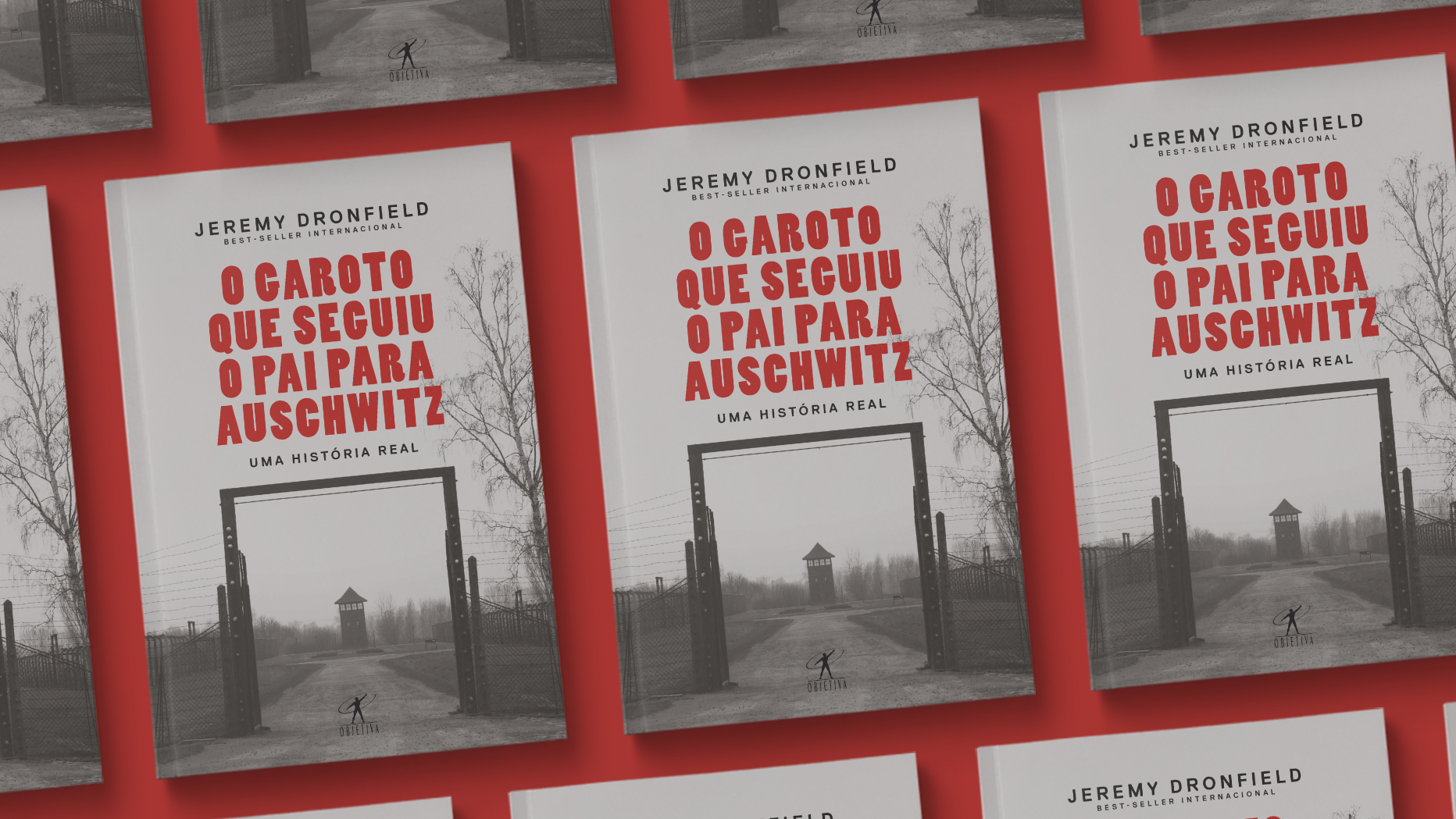 We worked on the cover of this real story published by Companhia das Letras and written by Jeremy Dronfield. In 1939, Gustav Kleinmann, a Jewish upholsterer, and his son, Fritz, were captured by the Nazis in Vienna and sent to Buchenwald, Germany. From this moment on, a real and moving story begins in which the protagonists are victims of cruel mistreatment, but always trying to survive. When Gustav discovers that he will be transferred to Auschwitz, Poland, Fritz does his best not to be separated from his father. Written based on Gustav’s secret diary and meticulous documentary research, The boy who followed his father to Auschwitz is a story of struggle and loyalty.